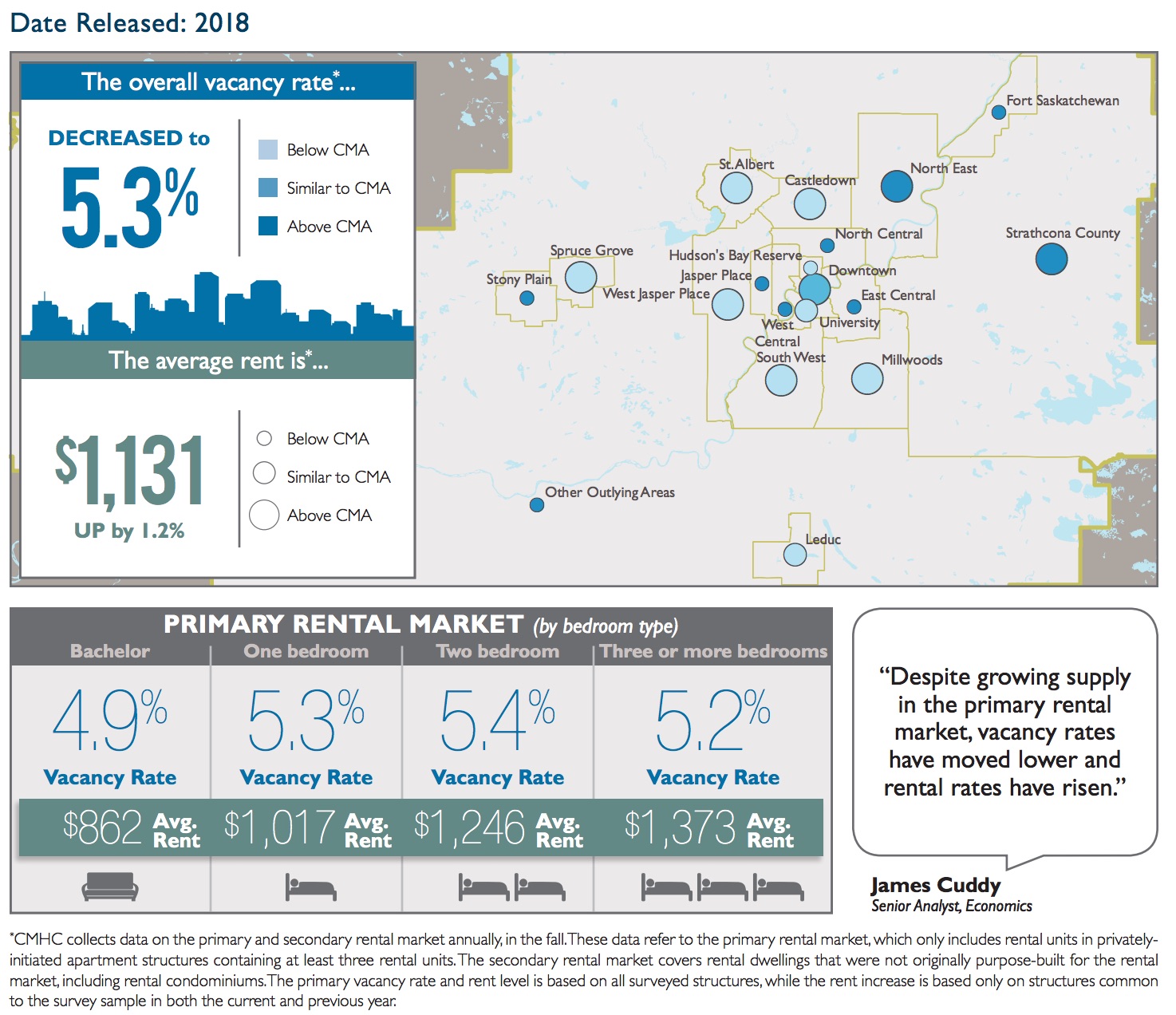 By John Carter on Friday, December 14th, 2018 in Market Reports. No Comments

Employment growth in 2018 in Edmonton has been stronger than other areas of the province, driven in large part by industries such as oil and gas extraction, educational services and public administration. Edmonton added over 16,000 jobs in the first 10 months of this year, representing an increase of 2.1% from the corresponding period last year. Average weekly earnings have also gained momentum this year compared to last year.

Stronger migration flows into the Edmonton CMA have also contributed to increased demand for rentals. In particular, net interprovincial migration across Alberta shifted to positive territory in the first half of 2018. This comes after the last oil price shock had prompted a 2-year exodus of individuals from Alberta, in part, to seek employment in other areas across Canada. International migration continued to be an important source of rental demand, as migrants tend to rent before purchasing a home. 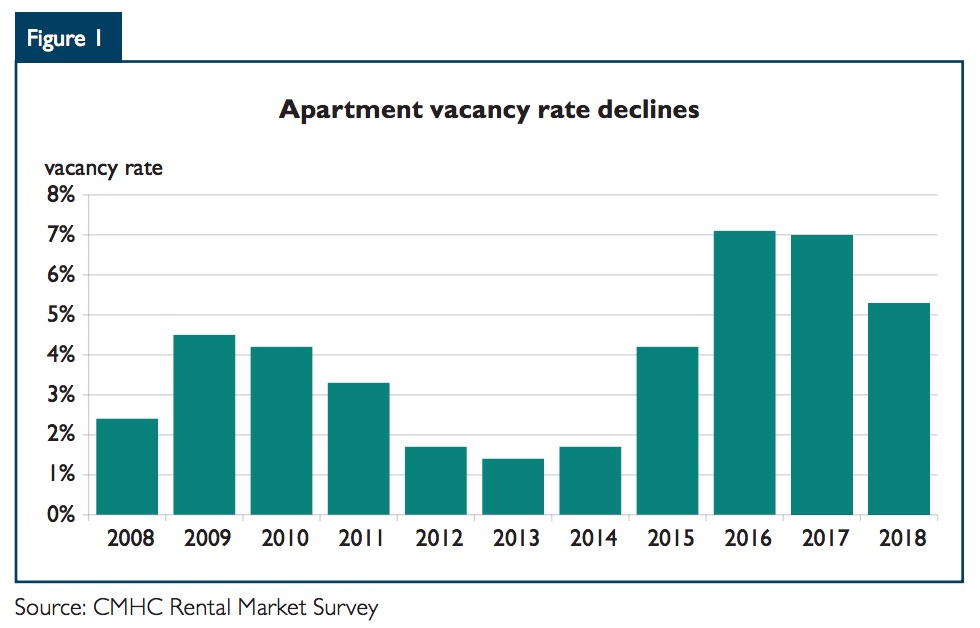 Key graphs summarizing all major rental markets in Alberta for both vacancy rates and average rents. 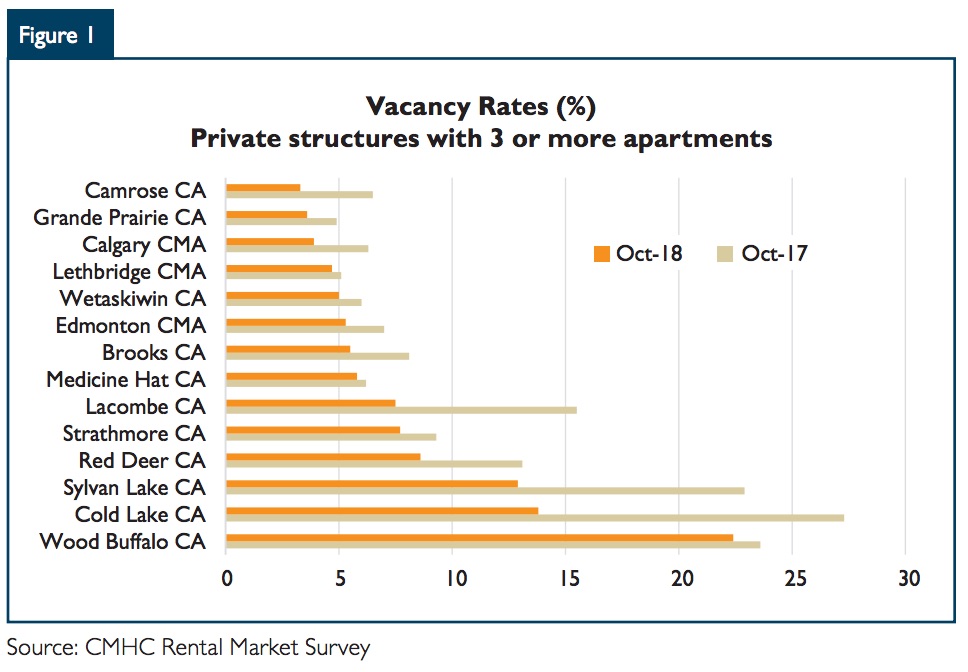 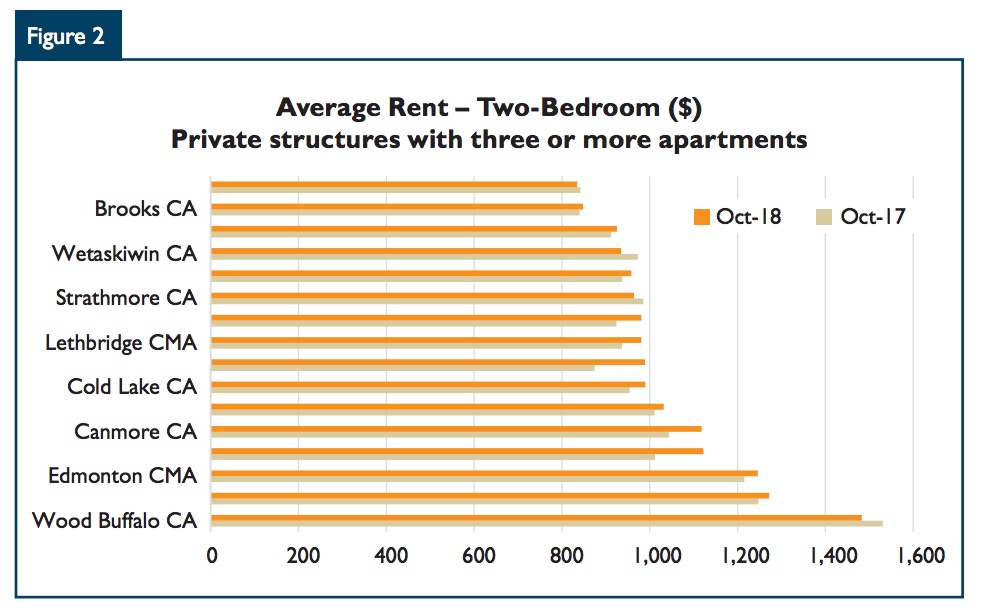 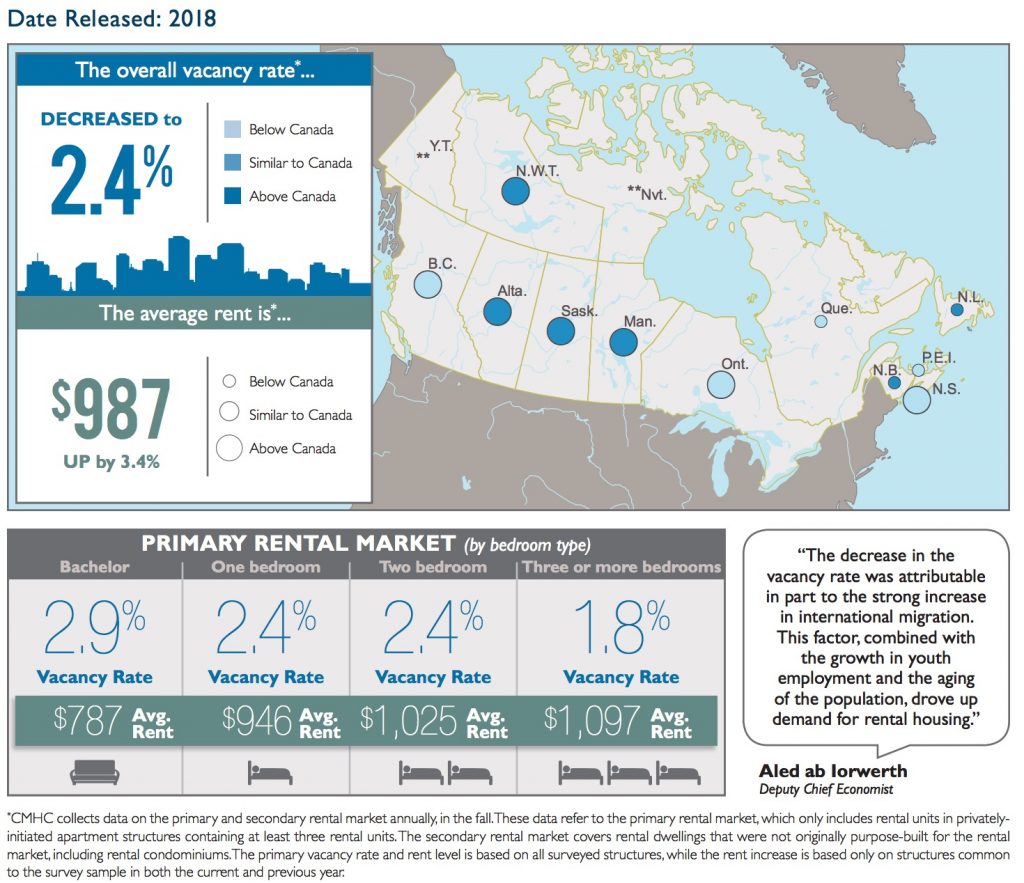 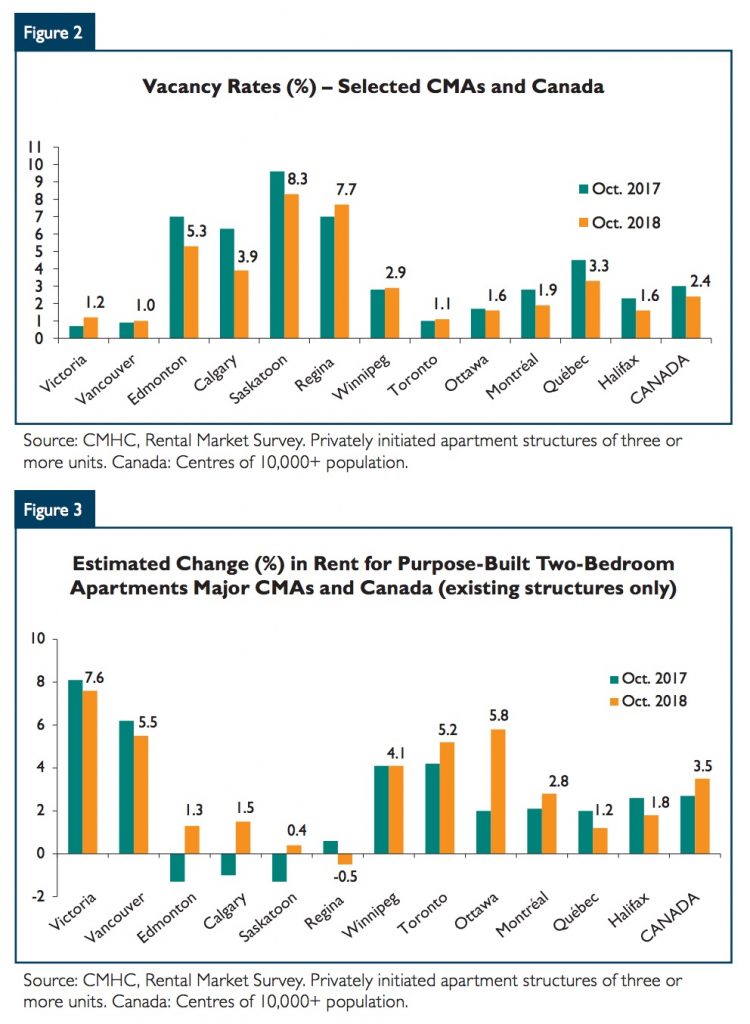